What exactly is the sequence of returns and timing, and how can it impact my retirement portfolio in today’s market environment?

Hello, my name is Dave Duley, principal and lead advisor here at Georgia Advisory Group. I want to give you a real-life example of how the sequence of return risks can have a devastating impact during retirement or even leading up to retirement. The “sequence of returns risk” or “sequence risk” is the risk associated with the timing of distributions from investment accounts used for retirement income.

Negative market returns early in retirement can have a significant impact on how long your savings will last. Listen to me carefully. The example I’m using today dates back to what was probably the worst and longest-lasting recession in the last 40 years, which lasted from 2000 to 2013. What I mean is that the SP 500 closed at 1455 in January 2000.

It was not until March 2013 that we reached that number again. Many people who are watching this have never experienced this type of flat market in their lifetimes, but are we in the early stages of that type of market today? That is the question, and this is exactly what we are trying to avoid at all costs. Big Brother has arrived.

Following in their older brother’s footsteps, John and his younger sister, Jill, both acquired one million dollars in total retirement assets and plan to withdraw at the same rate, with the same inflation adjustment each year. Now that John is three years older, he began his withdrawals in 1996 at the age of 60.

Jill turned 63 years old in 1999 and began her withdrawals at that time, but they both decided to take a 4% withdrawal each year and adjust for 3% inflation each year, as shown here in 1996. The market increased by 20% in John’s first year of withdrawals, and the next two consecutive years increased by 31% and 26%, respectively, for a great three-year start for John’s little sister Jill, who didn’t begin her withdrawals until 1999, and her first three years looked like this: in 2000, after the dot-com bubble bust, the market was down 10%, in 2001, it was down 13%, and in 2002, it was down 23% before it recovered.

John has a current account value of over 1.8 million dollars, and he’s taken in over 1.2 million in income over that time frame, averaging almost a nine percent return over the past 20 years. But little sister Jill has a whole other story on her hands. Her current balance in 2017 was $257,00, a fraction of John’s portfolio, and she has earned slightly more than a million dollars since she started in 1999.

Her average return over 17 years was a little over six percent. Jill made around $20,000 per year. So the difference between absolutely insane and insane isn’t that great; they both started with the fact that John retired only three years earlier and in an upward trend compared to jail, who spent her first three years in a downward trend, setting the stage for a stunning result. John’s account in 2017 was up 89 percent from where it began, even after taking $1.2 million in withdrawals. Jill, on the other hand, is down 74% from her million-dollar retirement and is on the verge of running out of money in 2018.
The good news is that actively planning for a sequence of returns, which I can tell you firsthand has been a few this year for the past 40 years, makes a world of difference today. For the first time since 2008, in 2022, we’re seeing this effect for those in retirement taking income while being pounded not only by market losses but by 40-year high inflation, no matter what. listen Now that you have more eyes on my retirement, you need to understand the difference. Between having an investment advisor or money manager and a retirement planner who takes a holistic approach to consider tax efficiency as well as the sequence of returns and lifetime income guarantees, regardless of what market conditions there are, your 401K and IRA accounts need an income report review to see how to avoid these pitfalls, especially in today’s market environment. If you’ve got questions or would like to receive a free retirement review, just call us or complete the information on this page.

Listen, we’re more than happy to help; our job here is to help you raise questions and give you information to take back to your advisor. look Thank you for watching. If you enjoyed this content, click “subscribe” below and ring the bell so you’ll get notified when we post more videos like this in the future. The next video will dive deep into how to be proactive and patient in today’s crazy market thanks to foreignu 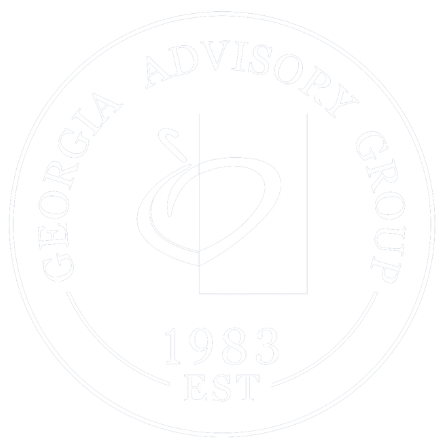